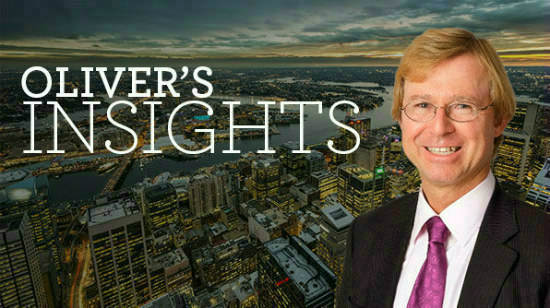 Chief Economist and Head of the Investment Strategy team

Y2K, Bird Flu, Peak Oil, Swine Flu, the end of the Mayan Calendar, Grexit, the fiscal cliff, US debt default, ghost cities, Ebola, Grexit again, imminent property crashes, etc…the world seems full of key events and phenomena upon which its whole existence – well at least the financial realm – supposedly hinges. Brexit seems to be the latest. In the last few weeks interest in Brexit has skyrocketed as indicated by searches on Google for the term. With this has come a surge in financial market volatility in the last two weeks.

What is the Brexit referendum?

Well if you don’t know you must be off the planet…or then again just someone who is wisely focussed on the long term and not short term noise!

It’s basically a referendum this Thursday on whether the UK should Leave or Remain in the European Union. While not binding it would be dangerous for UK parliamentarians not to pass a law to Leave the EU if Leave wins the referendum.

A problem is that voting is not compulsory so a close vote to Leave (say 50.1% v 49.9%) with only 50% turnout would mean only 25% of the voting population voted to Leave. A close vote could lead to a degree of political instability in the UK, particularly in the Conservative Party which has been divided on the issue.

How would exiting the EU work?

Under the Lisbon Treaty which governs the European Union on this type of issue, after notifying the European Council of intent to leave a withdrawal agreement would be negotiated. This could take up to two years after which membership lapses. At stake would be what sort of trade relationship the UK will have with the EU. Here there are various models, eg, if Britain becomes a member of the European Economic Area like Norway and Iceland it would continue to enjoy free trade access to the rest of Europe but would have to accept the free movement of people, contribute to the EU budget and accept virtually all EU rules and regulations without having a say in determining them. All of which would of course beg the question as to why Leave in the first place!

What would be the impact on the UK of a vote to Leave?

Leaving the EU is generally seen as negative for the UK economy given the impact on trade, the UK financial sector (which may over time lose its status as the pre-eminent European financial centre) and on labour mobility. The precise impact depends on the sort of exit deal negotiated in terms of trade access to the EU, but has been estimated by the UK Treasury and the OECD at around a cumulative 5% of GDP over 15 years. In other words GDP would be around 5% lower 15 years after exiting. Of course these numbers are very rubbery but expectations of something like this would be negative for British assets, particularly the British pound (as the UK share market is dominated by a bunch of multinationals anyway).

However, given the two year negotiation period it may take some time for the economic impact to become apparent. There is no reason why a Leave vote per se on Friday will plunge the UK into recession (unless the British talk themselves into it).

As an aside, both sides of the Brexit debate have been grossly exaggerating their case.

Longer term though a decision to Leave could see Scottish independence pressures resurrected with Scots known to favour EU membership more than the rest of the UK. So Leaving could mean a weaker and smaller economy long term, further diminishing Britian’s global influence.

What about the impact on Europe?

The British economy isn’t what it used to be. In fact I spend most my time focussing on Europe, the US, China and to a lesser degree Japan these days. The UK does not get much of a look in (except right now!). In fact it only takes 2.7% of Australian exports. So a 5% hit to the UK economy spread over 15 years would not be a global disaster (as it would be less than 0.03% of global GDP per annum).

The real issue is the potential impact on the Eurozone. Brexit would not be the same as a Grexit (Greek exit from the Eurozone) because Britain is not in the Eurozone unlike Greece. But the worry is that a Brexit could lead to renewed worries about the durability of the Euro to the extent that it may encourage moves by Eurozone countries to exit the EU and Eurozone. In turn this could reignite concerns about the credit worthiness of debt issued by peripheral countries and lead to a flight to safety out of the Euro into the $US. In other words investors would fear being paid back on their peripheral country investments in a depreciated currency so we could see a guessing game of investors trying to work out “who’s next” in seeking to leave. This would place downwards pressure on the Euro, pushing the US dollar up which could in turn put renewed downward pressure on emerging market currencies, the Chinese Renminbi and commodity prices and push up corporate borrowing costs. Then we are back in the turmoil we saw earlier this year, with fears that it could adversely affect global growth!

This is why global financial markets have been jittery over the last two weeks. With “risk off” – basically financial market lingo for investors selling assets that are seen to be risky in favour of safe havens (global and Australian shares down led by European shares, the euro down, commodities down and government bonds, the $US and Yen benefitting) whenever opinion poll support for the Leave campaign has gone up. Conversely, we have seen “risk on” (basically the reverse of all of these moves) whenever poll support for the Remain campaign has improved. An 8% top to bottom fall in Eurozone shares was at the centre of recent financial market jitters.

However, fears about the break-up of the Eurozone are likely to yet again prove to be premature. The hurdle for a Spain, an Italy or a France to leave the Eurozone is much higher than for the UK to leave the EU as they would end up with a depreciated currency and higher debt costs. Just think of Greece which despite all its woes over the last six years consistently wants and decides to stay in the Eurozone. In fact, support generally remains high for the Euro within Eurozone countries. So fears that a Brexit will lead to a domino effect threatening the Euro may be premature. Of course investor’s won’t know that initially.

What would happen if Remain wins?

If Remain wins then the “risk off” moves in financial markets over the last two weeks are likely to fully reverse led by sharp rallies in the British pound and Euro and a rebound in share markets (including Australian shares) led by Eurozone shares. Bond yields in peripheral Eurozone countries will also fall again relative to German bond yields.

What would happen if Leave wins?

But this will likely prove to be a buying opportunity as Europe is likely to hang together as it did through its sovereign debt crisis for the reasons noted above and central banks led by the Bank of England and European Central Bank would run easier monetary policies than otherwise fearing an adverse financial and economic outcome. In which case, Brexit would ultimately be a storm in a teacup with financial markets yet again over-reacting.

What will be the impact on Australia?

Given that a Leave victory is unlikely to plunge the UK or Europe into an immediate recession the main impact on Australia will be on financial markets as indicated above. This could affect short term confidence and may add to the case for the RBA to cut interest rates again particularly if banks increase their mortgage rates out of cycle due to higher funding costs flowing from an increase in lender caution. That said we expect the RBA to cut rates again anyway.

Until about a week ago the polls had been moving in favour of Leave – as the Leave campaigners focussed on the more emotive topic of immigration. Late last week they started to edge back towards Remain and this may have been given a push along by the killing of pro-Remain Labour Politician Jo Cox by a mad Brexiteer.

I lean to a Remain outcome on the grounds that undecided voters are likely to favour the status quo, telephone polls which were more accurate in last year’s UK election lean to Remain & the murder of Jo Cox may swing support back to Remain. But it’s a close call and markets are likely to remain on tenterhooks until the outcome is known, taking their lead from opinion poll updates.

When will we find out?

Since polling stations won’t close until 10pm UK time on Thursday night (7am Sydney time) we may not get a clear indication as to the outcome until 6-7am the next day in the UK (around 3-4pm Friday in Sydney). If it’s a very close vote it could take longer.

Ultimately many of the fears around a Brexit are likely exaggerated, but global investors and hence markets are not to know this. The key for investors is to look for opportunities that Brexit related volatility may throw up, particularly in the event of a win for the Leave campaign.