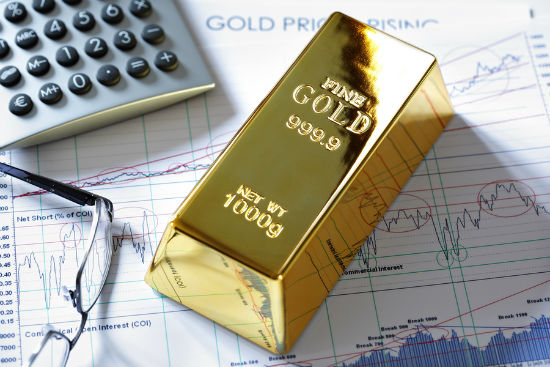 REUTERS – Gold has fallen to a six-week low after Federal Reserve officials sounded a hawkish note on interest rates, boosting the US dollar, while attention turned to US payrolls data this week for further clues on the pace of rate hikes.

Fed Chair Janet Yellen on Friday said the case for higher rates was strengthening, though she gave little clarity on the timing of a move.

In an interview on Tuesday, Vice Chair Stanley Fischer said the US job market is nearly at full strength and that the pace of rate increases by the Fed will depend on how well the economy is doing.

US consumer confidence rose to an 11-month high in August, pressuring US stocks lower due to concerns about a rate rise this year, while the US dollar.

US gold futures for December delivery settled down 0.8 per cent at $US1,316.5 per ounce.

Non-farm payrolls due on Friday are seen as a key measure of the strength of the US labour market. Employers are expected to show 180,000 job gains in August, according to a Reuters poll, below the better-than-expected 255,000 additions in July.

“It looks as though we’re going to see another pretty solid month of jobs gains, and that should mean that there’s a return (of expectations for) a September rise – there’s still an outside chance of that, according to fed funds futures – or more realistically, a December rate rise,” Mitsubishi analyst Jonathan Butler said.

“That is probably going to weigh on gold.”

Gold is highly sensitive to rising US interest rates, as these increase the opportunity cost of holding non-yielding bullion, while boosting the US dollar, in which it is priced.

“We reiterate our view that gold prices will weaken, resulting in an annual average price of $US1,258/oz in 2016, and $US1,241/oz in 2017,” said Christopher Louney, commodity strategist for RBC Capital Markets.

“Upcoming Fed announcements will be key to whether or not our investment thesis stands, but given the investor-only nature of this years gold rally, we still think it is tenuous at best, or primed for a correction at worst.”