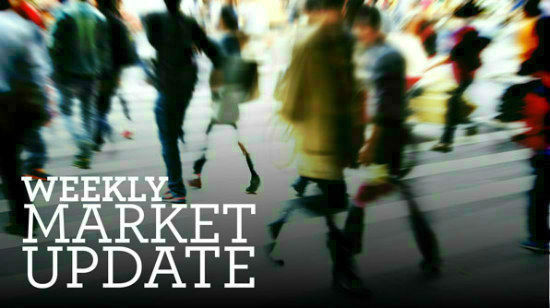 Global share markets rose over the past week helped by generally good economic data, more evidence US earnings have bottomed, confidence that the US Federal Reserve (Fed) will be gradual in raising interest rates and dovish comments from European Central Bank (ECB) President Draghi. US shares rose 0.4%, Eurozone shares gained 1.6%, Japanese shares rose 1.3% and Chinese shares rose 0.7% but Australian shares fell 0.1%. Bond yields generally fell (helped by Draghi’s comments), the oil price rose 1.2% but metal prices fell and the US$ rose further. While the A$ briefly made it above $US0.77 it fell back after the release of soft jobs data.

Three big differences compared to last year’s Fed scare. While expectations for a December Fed rate hike are continuing to build, investment markets seem to be taking it a bit better than was the case in the run up to last December’s eventual rate hike. At its core there are three big differences between now and last year: the global and US growth outlook is more positive now; US earnings now look to have bottomed whereas a year ago they were falling; and the uncertainty around where the Renminbi will go and Chinese capital outflows is a lot less. While event risk is high at present – with the Fed, the US election, Eurozone risk and the ECB – which could drive short term volatility or a correction in global and Australian shares – the broad trend in shares is likely to remain up.

Clinton maintaining her lead but Democrats still unlikely to take the House. While Trump’s performance in the final presidential debate may have been his best for the three debates, it was not a knock out and polls had Clinton the winner (eg the CNN poll had Clinton at 52%, Trump at 39%). According to the Real Clear Politics average of major polls Clinton is ahead by 6.2 points and the Mexican Peso (perhaps the best guide to market expectations regarding the election outcome) is up 6% since the first debate. However, there’s still no evidence of a huge wave of support flowing to the Democrats that will be sufficient to see them pick up the necessary 30 seats to win a majority in the House of Representatives. So my base case remains a 70% probability of a Clinton victory but with the Republican’s retaining control of the House (with maybe a loss of 10-15 seats). This would be a “more of the same” outcome for investment markets. Meanwhile, Trump’s comments that the election is rigged (yeah right!) and that he may not accept the result unless “…I win” coming on the back of his comments about women, Hispanics, Muslims, China, invitations to Russia to hack into America, etc, along with his short fuse and erratic nature add to the concern that he is not fit to be president. The sooner the Republicans can recover from this mess, reunite and return to being the GOP that gave the world Lincoln and Reagan the better.

In Australia, a speech by Reserve Bank of Australia (RBA) Governor Lowe, along with the minutes from the RBA’s last Board meeting add to expectations that the RBA is not in a hurry to cut rates again, with Lowe more comfortable with the growth outlook and not wanting to push inflation quickly back to target if it risked financial instability. While his comment about the importance of September quarter inflation data for the interest rate outlook and the need to guard against inflation expectations falling too far leave the door to another rate cut open, the hurdle to do so at this stage looks to be relatively high.

US data was generally ok. Jobless claims remain very low and existing home sales, the leading index and industrial production all rose. However, manufacturing conditions in the New York and Philadelphia regions were mixed. While housing starts fell sharply in September, this was all due to volatile starts of multi-dwelling buildings and permits to build new homes and home builder conditions were strong indicating that housing activity will remain solid. Meanwhile the Fed’s Beige book continued to point to “modest to moderate” economic growth, “tight” labour market conditions but “modest” wage growth and “mild” inflation. The latter was confirmed by the September CPI which showed rising headline inflation as the oil price plunge falls out but a slight fall back in core inflation to 2.2% year on year. All of this is consistent with the Fed hiking in December (with the money market attaching a 68% probability) but remaining gradual thereafter in raising rates.

It’s still early days in the US September quarter profit reporting season but so far so good. Of the 116 S&P 500 companies to report so far, 81% have beat on earnings and 66% have beat on sales. Profits are on track to be to up for the second quarter in a row and are likely to be up year on year.

ECB leaves monetary policy on hold, but looks on track for some sort of extension to its quantitative easing program. President Draghi’s comments were mostly dovish setting up for a likely extension (and widening of the assets it can buy) at its early December meeting. However, it may opt to move towards a more flexible approach where the amount of monthly QE is varied depending on bond yields and expectations regarding inflation. Meanwhile, the ECB’s September quarter bank lending survey showed strong demand for loans across the board which is a good sign, but while lending standards eased for households they were unchanged for corporates.

Chinese growth remains stable, with September quarter GDP growth unchanged at 6.7% yoy and improvements in growth for retail sales and investment. While industrial production slowed slightly, this may be due to G20 factory shutdowns and one less working day this September. Meanwhile growth in money supply and credit was generally strong adding to confidence that growth has stabilised although the problem of high debt growth (flowing from too much saving) remains.

Soft Australian jobs data likely payback for unbelievably strong growth last year. Employment fell for the second month in a row in September, full time employment is now negative year on year, hours worked are weak and only falling participation is stopping unemployment from rising. The soft jobs data keeps alive the prospect of another RBA rate cut, but the monthly jobs survey remains of dubious quality and the recent weakness could be just payback for last years too good to be believed jobs surge. In other words more noise than signal and so the RBA is likely to look through it.

In the US, the main focus is likely to be on September quarter earnings reports with over 100 S&P 500 companies due to report, September quarter GDP growth (Friday) which is expected to show a modest improvement in economic growth to 2.5% annualised after three quarters around 1% and September quarter employment costs (also Friday) which are expected to remain subdued around 2.3% year on year growth. In other data expect the Markit manufacturing conditions PMI (Monday) to remain modest at around 51.5, home price data to show continued growth and consumer confidence to fall back a bit on election uncertainty (all Tuesday), new home sales (Wednesday) to fall slightly but pending home sales (Thursday) to bounce back and little change in durable goods orders (also Thursday). Overall, this won’t be enough to deliver a surprise rate hike in November but will leave the Fed on track to hike in December.

Japanese data for September to be released on Friday is expected to show continued labour market strength, but weak household spending, ongoing CPI deflation and a further fall in core inflation to around 0.1% year on year.

In Australia, the focus will be on September quarter inflation data (Wednesday) which will be the main driver of whether the RBA cuts rates again at its November meeting. Thanks to higher prices for fruit and vegetables, utility charges and rates and an increase in tobacco excise only partly offset by lower petrol prices headline inflation is expected to be up 0.6% quarter on quarter taking annual inflation to 1.3% (from 1%). The underlying measures of inflation (the average of the trimmed mean and weighted median) are expected to be around 0.5% quarter on quarter or 1.6% year on year. We have been allowing for another RBA rate cut in November but given recent solid economic data, evidence that the terms of trade and hence national income has bottomed and signs that the new RBA Governor would prefer not to cut rates again underlying inflation would probably need to be 0.3% qoq or less to clearly bring on another rate cut in November.

Australian data for September quarter export and import prices (Thursday) will likely provide further evidence that the terms of trade has bottomed and producer price inflation and new home sales data will be released Friday.

We remain cautious on shares in the short term, as event risk is high for the months ahead including ongoing debate around the Fed and ECB, issues around eurozone banks, the US election on November 8 and the Italian Senate referendum & Austrian presidential election re-run (both on December 4). However, after any short term weakness, we anticipate shares to trend higher over the next 12 months helped by okay valuations, continuing easy global monetary conditions, moderate economic growth and the shift from falling to rising profits for both the US and Australian share markets.

Ultra-low bond yields point to a soft medium term return potential from the asset class, but it’s hard to get too bearish on bonds in a world of fragile growth, spare capacity, low inflation and ongoing shocks.

Commercial property and infrastructure are likely to continue benefitting from the ongoing search for yield by investors.

Dwelling price gains are expected to slow, as the heat comes out of Sydney and Melbourne thanks to poor affordability, tougher lending standards and as apartment supply ramps up, which is expected to drive 15-20% price falls for units in oversupplied areas around 2018.

The outlook for the A$ has become murky. A shift in the interest rate differential in favour of the US as the Fed remains on its path to hike rates should see the long term trend remain down. The A$ normally overshoots on the downside after the bursting of commodity price booms and this remains our base case. But against this, the stabilisation and rising trend in some commodity prices and the continued gradual nature of Fed rate hikes suggest ongoing upside risks in the short term. The danger is that the latter will threaten the rebalancing of the economy and the best defence against this is for the RBA to revert to a clear easing bias even if it never acts on it.