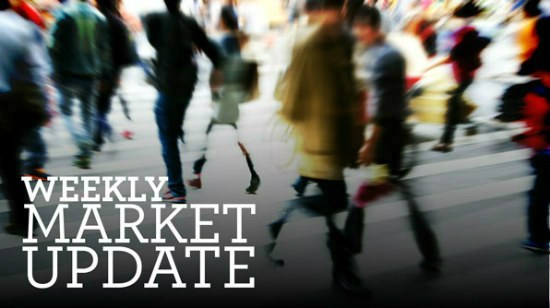 It has been “risk on” again over the last week in investment markets helped by a combination of good economic data in the US and China, good US earnings news and firming expectations of more policy stimulus in Japan. US shares rose 1.5% to a new record high, European shares (up 3.9%) and Japanese shares (up 8.9%) have recovered much or all of their Brexit losses, global shares have broken their down-trend from last year’s high and Australian shares rose 3.8% to their highest point of the year. Chinese shares also gained 2.6%. On top of this, commodity prices are doing okay, credit spreads have narrowed and bond yields have increased with the US 10 year yield rising by 19 basis points. The A$ was little changed.

So markets generally have moved on from the initial panic reaction seen in the days after the Brexit vote. What gives? Eight factors explain the rebound in investment markets:

Japanese Prime minister Shinzo Abe’s coalition’s big upper house election victory on Sunday looks to have cleared the way for more stimulus in Japan, with Abe commenting “I think this means I am being told to accelerate Abenomics..” A large fiscal stimulus package looks to be on the way and expectations of more monetary easing (probably at the Bank of Japan’s (BoJ) July 29 meeting) have seen the Yen fall. Japan looks to be getting close to using “helicopter money” – where the central bank directly finances public spending or tax cuts with no implication that it has to be paid back – but it may not be used initially.

While the Bank of England did not ease monetary policy at its July meeting, it clearly signalled easing ahead, with the minutes noting that “most members of the Committee expect monetary policy to be loosened in August.”

Meanwhile, new UK PM Theresa May’s decision to give prominent Brexit Leave campaigners the task of seeing the job through has effectively put them on the hook to explain any compromises (eg around immigration to maintain free trade access) or to take some of the blame if it goes wrong. There is also a long way to go, as Article 50 of the Lisbon treaty may not be triggered till next year and by then a weaker UK economy (owing to negative Brexit confidence effects) could have dimmed support for a Brexit. So there is still plenty of room for ‘Brexit lite’ or even no Brexit. Either way Brexit will be an ongoing issue, but I suspect markets will just learn to live with it, along with all the other noise that surrounds them. The key is that if Brexit is demonstrated to be more trouble than remaining in the EU, then the risk of a domino effect of exits across the Eurozone will be much reduced.

Perhaps more fundamentally, PM May has signalled a focus on reducing the perceived injustices that helped drive the Brexit vote in the first place. While it’s clear that governments need to respond to rising inequality – particularly in the US and UK where it’s most evident – or face longer term risks, the danger is that a shift away from economic rationalist policies will ultimately threaten productivity and growth and hence investment returns much as it did in the 1970s.

Geopolitical risk reared its head again in the last week in relation to South China Sea tensions, another terrorist attack in France and a coup attempt in Turkey:

US economic data was good, with stronger than expected gains in retail sales and industrial production, a slight rise in small business optimism and continued strong data on job openings (albeit down slightly) and hiring and ultra-low jobless claims. Core CPI inflation rose 2.3% over the year to June, adding to evidence that deflationary risks are receding and implying a 1.6% yoy increase in the core private consumption deflator. US Federal Reserve (Fed) officials have been sounding more relaxed about the US economy after the jobs data and regarding the impact of Brexit, with the implication that the Fed is still on track for one rate hike this year. The US money market’s probability of a hike this year has now increased to 45%, up from just 12% pre payrolls, but still looks too low. That said, the reality or threat of a rising US$ will act as a strong constraint on how much the Fed will tighten.

Chinese growth has stabilised. June quarter GDP growth was unchanged at 6.7%, and while June data showed that investment and imports slowed growth in industrial production, retail sales, credit and money supply all came in better than expected and mostly picked up. So after a long period of deceleration, Chinese growth looks to be stabilising just above 6.5%, which is good for commodity prices and hence Australia. Meanwhile, producer price deflation continues to recede, which is a good sign but CPI inflation remains very low (just 1.2% yoy for non-food inflation), indicating plenty of scope for ongoing policy stimulus.

Australian economic data was okay. While consumer confidence fell, presumably in response to the messy election result, Brexit, etc, the fall was only 3% – and leaves confidence for the high end of the range of the last few years. Meanwhile business conditions in June (albeit pre-election) were solid, home loans rose in May leaving in place just a moderately slowing trend, housing starts rose to a record in the March quarter and jobs growth continued in June. Our assessment remains that the RBA will cut rates again next month, but with okay economic data it’s dependent on another low June quarter inflation reading, due on July 27th. Falling retail prices in the June NAB survey certainly point in this direction.

In the US, expect another solid reading for the NAHB home builders’ conditions index (due Monday), gains in housing starts and permits to build new homes (Tuesday), a further rise in home prices but a slight fall in existing home sales (both Thursday) and a slight increase in the Markit manufacturing conditions index for July to around 51.5 (Friday). The Republican convention (July 18-21) in Cleveland will see the focus on the November presidential election ramp up.

The US June-quarter earnings reporting season will also start to ramp up, with over 100 S&P 500 companies due to report. While the consensus sees a 4% decline in earnings from the June quarter a year ago, this will mark roughly a 7% gain in earnings from the March quarter, with a more stable US$ and oil price helping. In other words, the US earnings recession could be over.

The European Central Bank is expected to make no changes to monetary policy when it meets Thursday, as it’s still in “wait and see” mode after the further easing it announced earlier this year. However, it’s likely to remain dovish and indicate that it is closely monitoring the risks flowing from Brexit and around Italian banks. An extension to its quantitative easing (beyond March 2017) and bank liquidity assistance programs (TLTRO) is likely at some point. Meanwhile, July business conditions PMIs (Friday) will be watched for any impact from the Brexit vote, but are expected to remain reasonable.

Japan’s manufacturing PMI for July (Friday) will be watched for an improvement from the low reading of 48.1 in June.

In Australia, the minutes from the last Reserve Bank of Australia (RBA) Board meeting are likely to imply that the door is open to another rate cut should June quarter CPI data, due on July 27, confirm that inflation remains lower than desired. Data on skilled vacancies will also be released.

Brexit related risks, Italian bank risks, renewed US$ strength as the Fed heads back towards tightening and seasonal September quarter weakness could still see more volatility in shares in the short term. However, beyond near term uncertainties, we anticipate shares trending higher over the next 12 months helped by okay valuations, very easy global monetary conditions and continuing moderate global economic growth.

Ultra-low bond yields (with one third of the global bond index in negative yield territory) point to a soft medium term return potential from them, but it’s hard to get too bearish in a world of fragile growth, spare capacity, low inflation and ongoing shocks. That said, the recent bond rally has taken yields to pathetic levels leaving them at risk of a snapback. Renewed expectations of a Fed-hike may be the driver.

Commercial property and infrastructure are likely to continue benefitting from the ongoing search for yield by investors.

Dwelling price gains are expected to slow to around 3% over the year ahead, as the heat comes out of Sydney and Melbourne thanks to toughening lending standards and apartment prices get hit by oversupply in some areas. Prices are likely to continue to fall in Perth and Darwin.

The Australian dollar is still higher than we believe it should be, and the longer term downtrend looks likely to continue as the interest rate differential in favour of Australia narrows as the RBA continues cutting and the Fed eventually resumes hiking, the risk of a sovereign ratings downgrade continues to increase, commodity prices remain in a secular downswing and the A$ sees its usual undershoot of fair value. The A$ is still likely to fall to around $US0.60 in the years ahead.