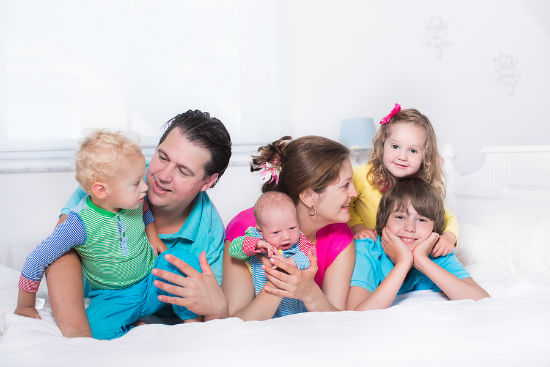 The Brady Bunch might have been TV’s ideal stepfamily, but in reality many face a tricky path to living happily under one roof, a US psychologist says.

James Bray, an associate professor at the Baylor College of Medicine in Texas, says divorce rates among stepfamilies are 10 per cent higher than those for first marriages, and many fall apart because of a lack of focus on three key areas.

He says the best ways to avoid conflict lie in stepmums and stepdads having a strong marriage, a parenting plan and laying off criticism of their ex-partner in front of their child.

The type of stepfamilies most likely to be split apart by divorce are built on a “romantic” model, with parents remarrying so they have an “instant new family”, but ultimately ending up disappointed by unrealistic expectations and the stresses of a blended family.

Those most likely to succeed are those built on a “matriarchal” model, with the stepmum taking on most of the parenting duties, and “neo-traditional” ones, with a strong marital bond and parenting at their core.

“Most people don’t think about the stresses of a stepfamily,” Mr Bray, who addressed the Australian Psychological Society Congress in Melbourne on Tuesday, told AAP.

“They form a relationship but don’t talk about things like money or parenting, and that’s part of what creates the added stress for them.”

Mr Bray urges parents to spend time developing relationships with their future stepchildren before remarrying so they can step into a parenting role after walking down the aisle.

He also advises step-parents to come up with a parenting plan that includes household rules and consequences for their new family.

“Early on in the marriage, the biological parent should be the disciplinarian, but over time that can change so the step-parent can play a role.

“Kids will have better behaviour and emotional adjustment.”

And when it comes time for a child to visit their biological parent who lives outside their new home, Mr Bray recommends refraining from making any criticism of their ex-partner.

“The kids hear that criticism as about them because they are half that person,” he said.

“Then they get defensive or feel bad about themselves.”